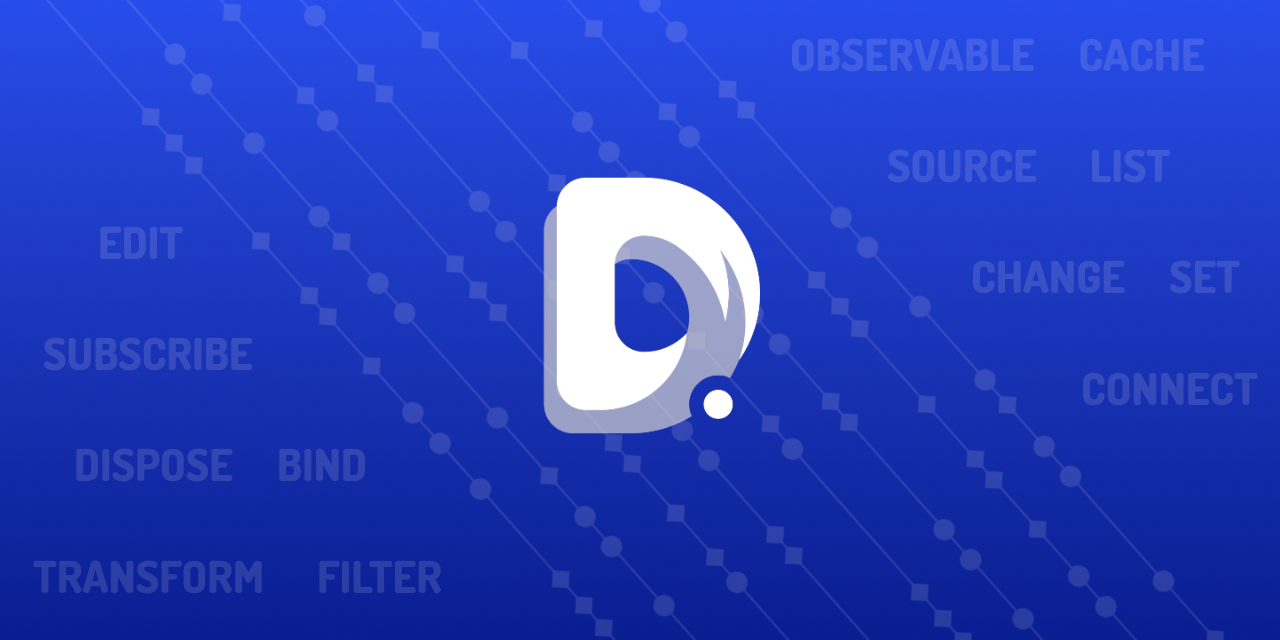 The previous article mentioned that DynamicData can be used to construct unidirectional data flow, but in actual, you may encounter unexpected result when using MergeMany operator, which is caused by a flaw in the implementation by DynamicData. Elements that have been removed in the upstream of reactive stream may still appear in the downstream, and this article will discuss this issue in detail.

For a data structure likes IObservable<SourceList<T>>, although it was written in the last article that the method SelectMany is used for flattening, the result obtained in this way is not what we want. This is because the operator SelectMany implemented by DynamicData is not completely react, and the operator MergeMany is what we really need.

So, what is the different between SelectMany and MergeMany? The remarks and function signatures of the two operators do not provide enough information, and here I will use marble diagrams and unit test to show you. For ease of explanation, elements of “-a” stands for a.Remove('a'), the error ending without arrow stands for parent.Remove(a), and the result timeline stands for persisted data.

As shown in the diagram, compared with MergeMany, after adding the 2nd order Observable, SelectMany can only emit elements once, and all changes of added Observables will not be forwarded to the result of it. In other words, a one-time binding is established between two order Observables without observable changes.Therefore, for our fully reactive demand, operator MergeMany should be choosen.

Since this situation is too complicated to be represented by a diagram, I have written a unit test to verify it:

As you can see, combining the two unit tests, it can be seen that the behavior of MergeMany should be:

However, the third requirement behaves differently than expected. In order to find the root problem, let us look at the source code of DynamicData, I believe this is a problem of DynamicData instead of ReactiveX.

In fact, the operator SelectMany in DynamicData is not as same as in ReactiveX, because the input type of selector in ReactiveX is IChangeSet<T> while the DynamicData’s is T. So DynamicData defines another operator TransformMany to avoid confusion and provides an alias:

In the implementation of operator MergeMany, it can be found that it uses SubscribeMany to forward changes of 2nd Observables, but uses an empty stub lambda to swallow changes of 1st Observable. Ok, this is the reason why the above unit test failed.

Since MergeMany is an internal class, its behavior cannot be modified from outside, so I created a new operator called MergeManyEx. It fills the gap in MergeMany and make the elements of 2nd order Observable can be removed correctly.